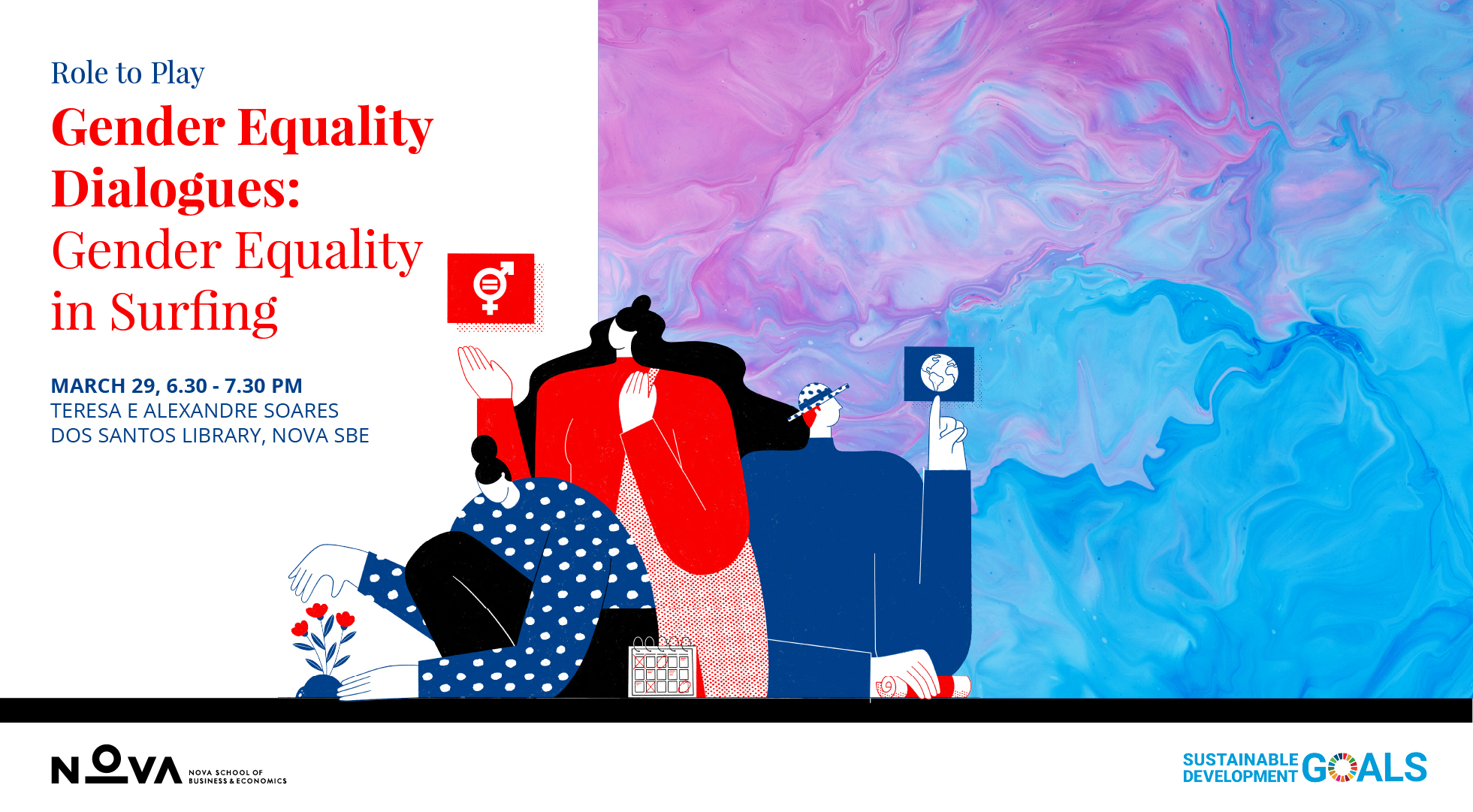 Join us for the first event of the Gender Equality Dialogue series.

This month we will be focusing on the intersection of gender equality and sports, and we have teamed up with the NOVA SBE Surf Club to organize a discussion about the influence gender has in surfing.

Professional surfers and industry representatives will be shedding light on the structures that exist within surfing that limit the gender diversity we see at a professional level. We will also discuss the encouraging momentum women surfers have been making in the sport to foster greater representation.

We would love to hear your thoughts on the topic too, so come by!

Gender Equality Dialogues are Hosted by NOVA SBE Pride Association. In collaboration with Role- To -Play and the NOVA SBE Library.

Joana Andrade and Lena Kemna are professional surfers that currently live in Ericeira. They dedicate time to projects that inspect the gender imbalance in surfing, and they actively contribute to conversations about their experience of women in the industry. During our event, we are excited to hear their perspectives on the ways gender equality can be better achieved in the surf world and the opportunities that arise from fostering meaning gender diversity. Below are some links to their work, though this is not extensive.

Joana Andrade – Professional Surfer (First and only Portuguese woman in the Big Waves):

Some of Joana’s awards:

There are no upcoming events at this time.